The COVID 19 pandemic presents us all with a wide variety of challenges. The VVA NordWest (Representatives Association of Allianz NordWest e.V.) was forced to find a replacement for its ordinary Annual General Meeting, which had been held as a face-to-face event for years.

Our event team came up with a concept to implement the event digitally for the first time. The primary goal was to create an experience for the audience and to showcase the strong community of Allianz agencies.

We created the technical conditions and used the opportunities of a digital event. For example, unlike in previous years, significantly more participants signed up due to the time efficiency.

A decisive advantage in the short project phase was that all necessary services came from a single source. This is because many core competences of Vogelsänger Studios were involved in the project, such as professional set construction or modern interior design. Our Film and Event Units were instrumental in the successful implementation. Of course, everything was done with professional implementation of hygiene standards.

After a run-through rehearsal the day before and extensive technical tests, we were off and running and it was: "We're live in 3,2,1!"

To get the attendees in the mood for the event and sympathetically remind them of the date, guests were sent a tasty goodie bag in advance, which everyone opened together in front of the screens.

The event consisted of two phases, separated by an active break. The participants could take part in a digital quiz and play for great prizes. The first, the official part, was mainly about the presentation of the annual report, the discharge of the board and the treasurer and the election of the new treasurer. The second part offered the audience an exciting round of talks in which they could interactively participate with their questions.

Special thanks go to the great team and especially to VVA NordWest for the trust they have placed in us! 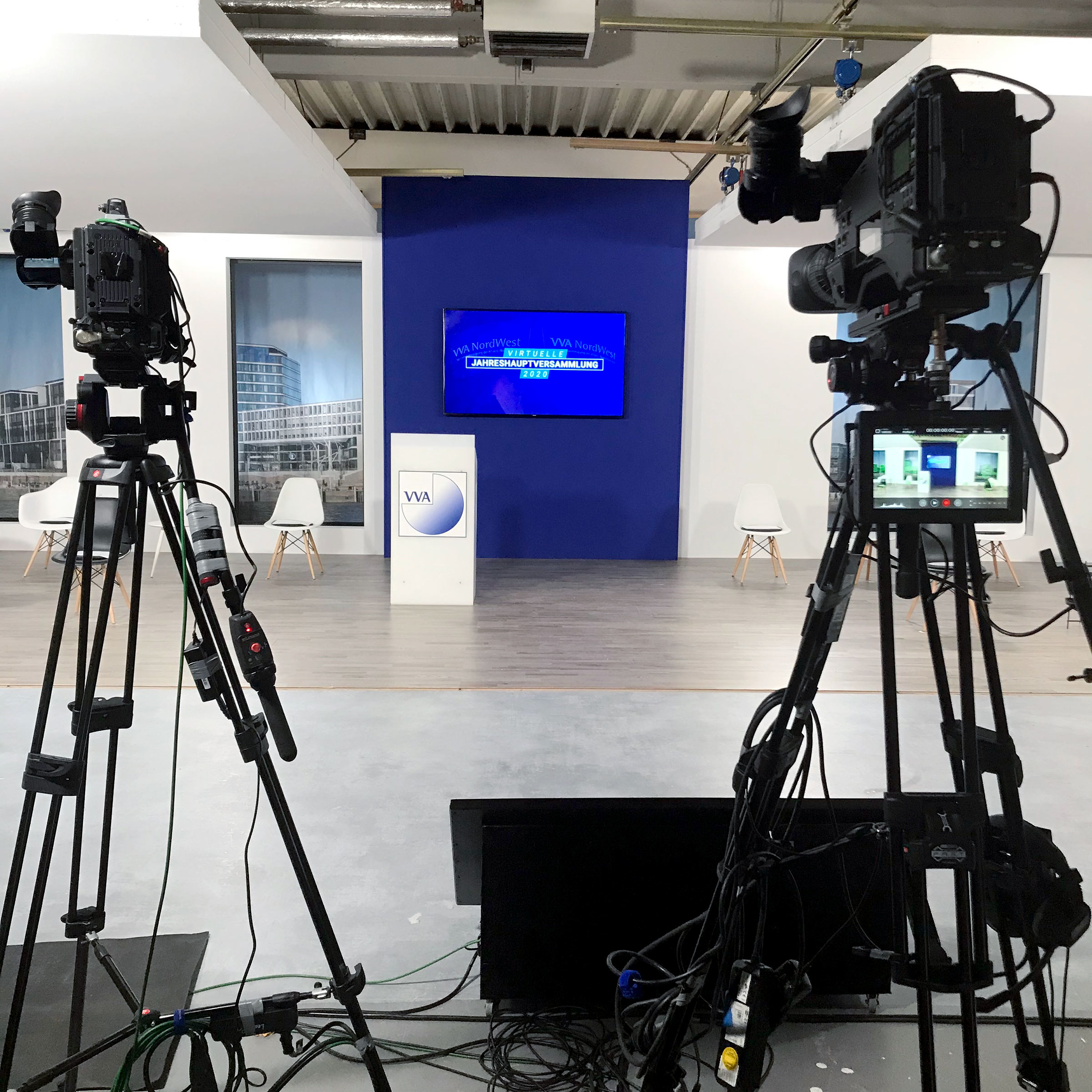