Lockdown, cancelled trade fairs and roadshows have been a major challenge for many industries and companies of all sizes in recent months. Ingram Micro, one of Germany's leading hardware and software distributors, based in Munich, approached us with a concrete idea.

A virtual event series was to offer trade partners and manufacturers the chance to exchange ideas on current challenges and opportunities in the fourth quarter. Valuable tips, industry insights and recommendations for action were to be broadcast live in four digital events.

Only three weeks passed from the briefing to the first broadcast. A task force was put together in no time at all, which planned all the necessary technical requirements and the entire broadcasting process together with the event marketing experts on the client's side. It quickly became clear that a green screen production alone was not enough. The hashtag #notanotherwebinar was born.

In a very short time, virtual rooms with the look and feel of the client were developed by our in-house CGI department and coordinated with the client. The protagonists, some of whom were standing live in front of a large green screen in our studio in Neufahrn near Munich, were projected into the virtual rooms using state-of-the-art production technology and conducted interviews or talk sessions there.

All speakers were switched directly into the live broadcast via live video and had the opportunity to give their presentations in a fully professional manner. Each programme lasted 90 minutes and offered enough time to interact with the audience. All live broadcasts were recorded in the cloud and published directly afterwards as video-on-demand content. A successful project that will be extended in 2021. We are looking forward to it.

Special thanks go to the entire team and especially to Ingram Micro for the trust they have placed in us! 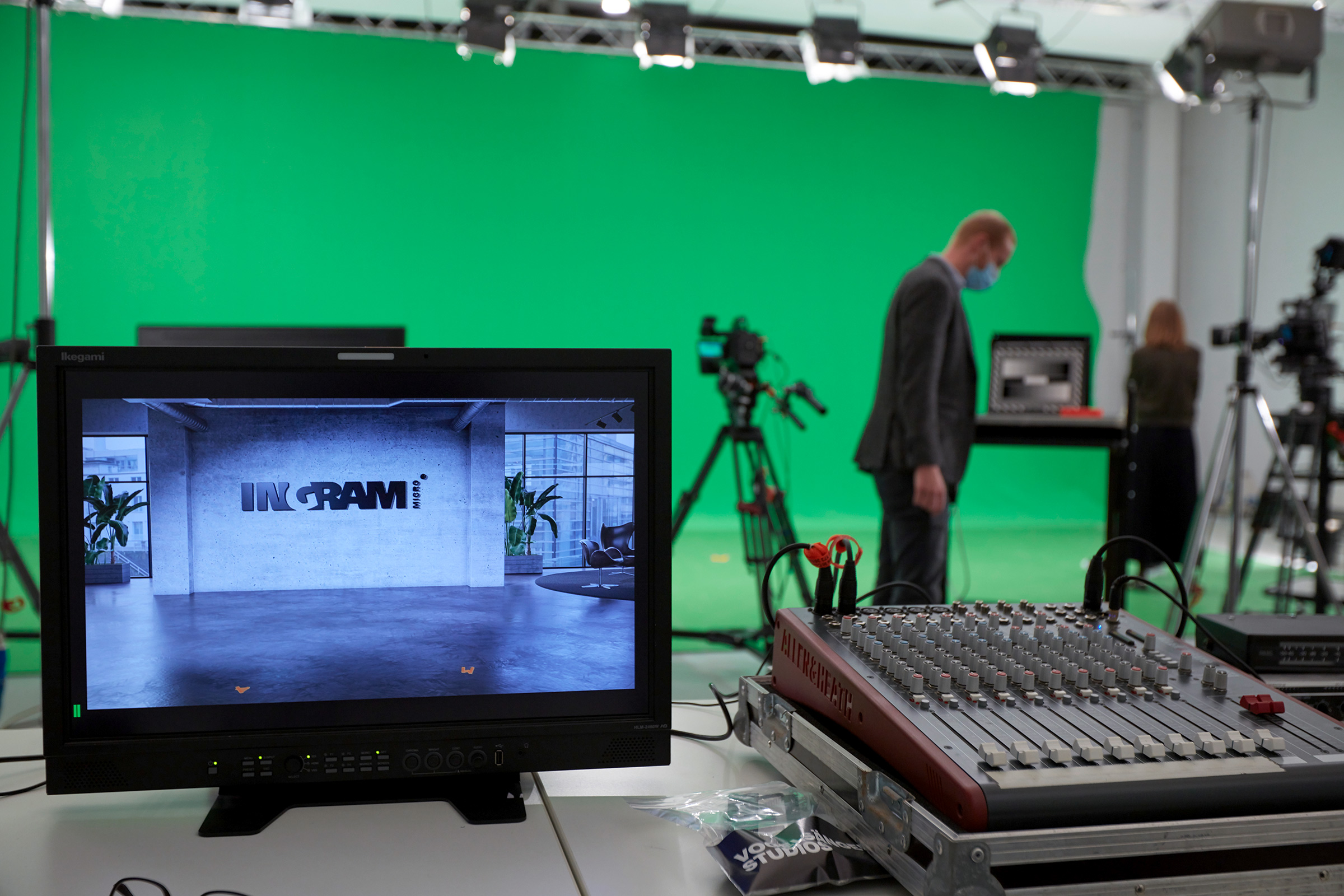