HAUTE COUTURE FOR THE BATHROOM - DESIGN LINE VOGUE BY VIGOUR

Staging of the new design line vogue by VIGOUR at the location shooting, catalog shooting and at the premiere show in Berlin! Haute Couture for the bathroom

"Haute couture refers to the individually tailored fashion creations of renowned fashion houses in the top price segment, made by hand from luxurious materials," says Wikipedia. But why should haute couture only work in the fashion world? That's what VIGOUR thought, too, and developed a design line with vogue that brings glamour into the bathroom.

From the location shooting to the visual language of the general catalog to the stage production at the premiere show, we designed the visual world of Vigour vogue.

As is well known, opposites attract each other. That's why we were looking for a location for the location shooting that radiates the retro charm of an old industrial area and serves as an inspiration for people who love the extraordinary. We found it at Kabelwerk 64 in Beelen. After planning the layout and researching the props, we built the set for a film and photo production within two days. On site, we were not only responsible for our photo shoot, but also accompanied the external film production with the styling and set construction team.

After surfing on the same wavelength at the location shooting, we were also awarded the contract to develop the look & feel for the complete Vigour vogue catalog.

Special attention was paid to ensuring that all materials and decorative elements of the image worlds shown would later be available for the market. A representative vogue bathroom developed for this purpose is to be installed in each of the 230 showrooms in which VIGOUR vogue exhibits.

Our conceptions and ideas for the visual language of vogue were, not only in the eyes of the customer, a direct hit, so that we developed three baths for the milieu shootings of the catalog: The guest toilet, a middle bathroom and the luxury bathroom, including a model series. At the same time, we also photographed bathroom furniture groups in the new look. Within three weeks, including the post-production, everything was in the can.

For the event in the Arena Berlin, representative exhibition areas for a selection of VIGOUR vogue bathroom products were to be designed. The presentation should be staged in a manner appropriate to the event, but not lose focus on the product.

The basic structure for the stages is a cubic scaffolding, in which frame elements are inserted according to a grid. The individual stages differ in size, arrangement and design of the wall surfaces. The alternation of closed and partly translucent frames created a uniform look, with a high recognition value to the visual language of the previous photo shootings. Accordingly, the props were coordinated to match the bunk design. The CI color, differently designed logo areas and selected materials for floor and wallpaper were integrated into the overall design.

We would like to thank VIGOUR for the great cooperation and are looking forward to the joint journey through the vogue world of images! Gladly again! 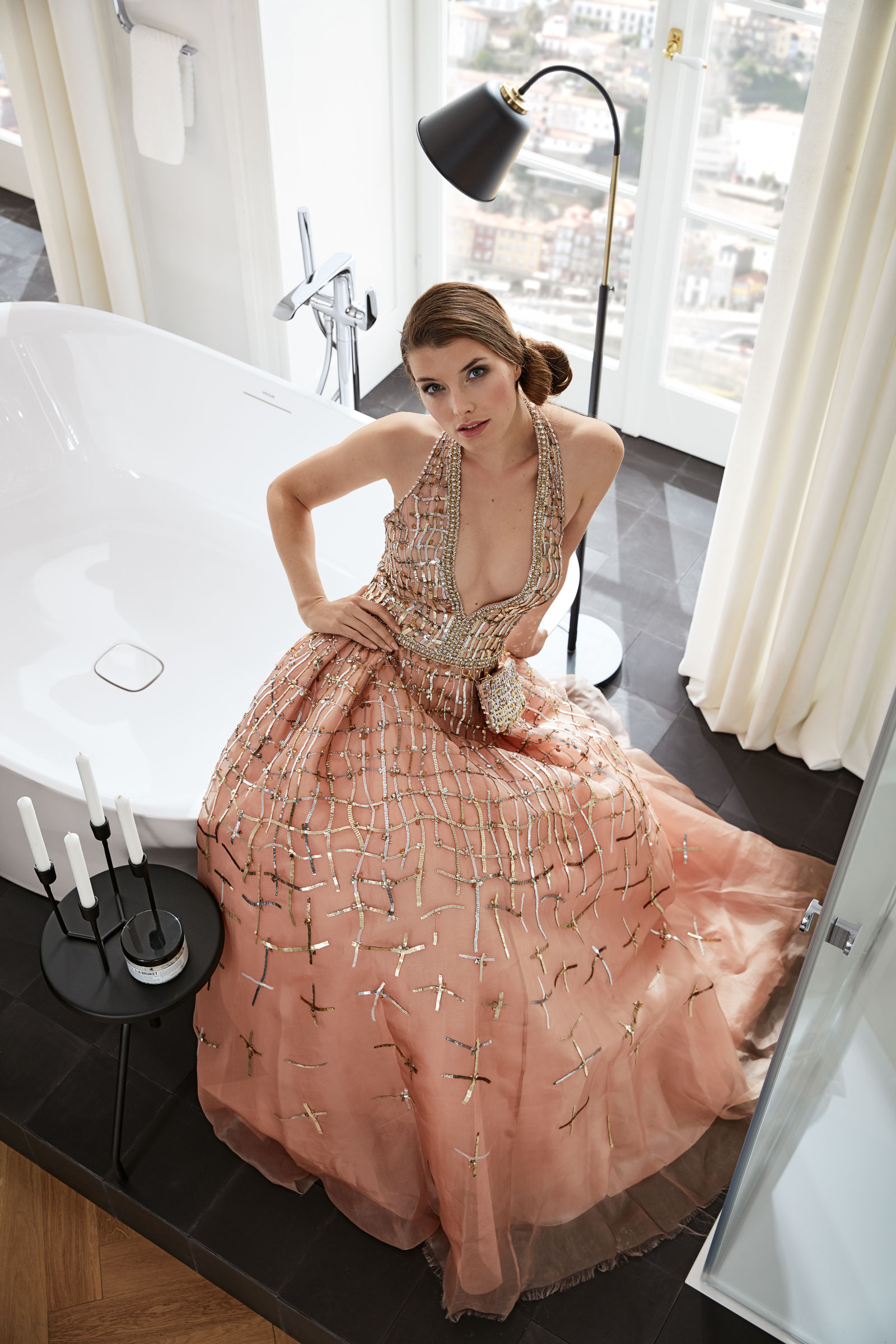