JOWAT turns 100 years old and celebrates this great anniversary with companions, partners, employees and their families.

JOWAT turns 100 and celebrates this great anniversary with companions, partners, employees and their families. VOGELSÄNGER organizes three events on two days in beautiful summer weather - all three a complete success. There is no better way to celebrate an anniversary.

The anniversary celebration on Friday evening was dominated by the two founding families Depenbrock and Frank. Almost 200 invited guests from politics and business, companions and family members got a comprehensive impression of the company's history and took a look into the future. This was metaphorically represented by all grandchildren of the founding families - an impressive picture on the big stage and a special moment for all present. The official part was supported by greetings from all over the world, as all JOWAT locations naturally wanted to congratulate on this important event.

The evening ended with good food and a glass of wine in a familiar atmosphere, accompanied by a fabulous jazz band from the Detmold University of Music.

On Saturday, employees from all locations were invited to celebrate the 100th anniversary with their families during the day. More than 1,300 guests accepted the invitation and enjoyed the family day on the company premises in bright sunshine.

At numerous street food stands, the guests could feast their way through various country kitchens, listen to the company bands on the big stage, take a souvenir photo in the photo bulletin board or proudly show their families their place of work on the railing tour with the Bimmel cable car. She also proved on this day that the JOWAT company is a strong team, because there was a real "team challenge" to be mastered: to reproduce the anniversary logo in oversize - with red balloons, reminiscent of adhesive granulate, attached to JOWAT cans. These had to be conquered beforehand at four game stations.

The brave ones were able to conquer the climbing mountain and test the climbing wall. JOWAT knowledge was required for the quiz and target accuracy was required for can throwing. The progress in the installation of the logo was recorded by a drone. A great team performance and a really impressive result.

In the evening, the board and the founding families welcomed almost 400 employees in a specially erected and staged tent. Spectacularly opened with a percussion light show, the tent became a place of heartfelt thanks from the board to the employees and a great party with live music and DJ.

We say thank you and look forward to the next time! 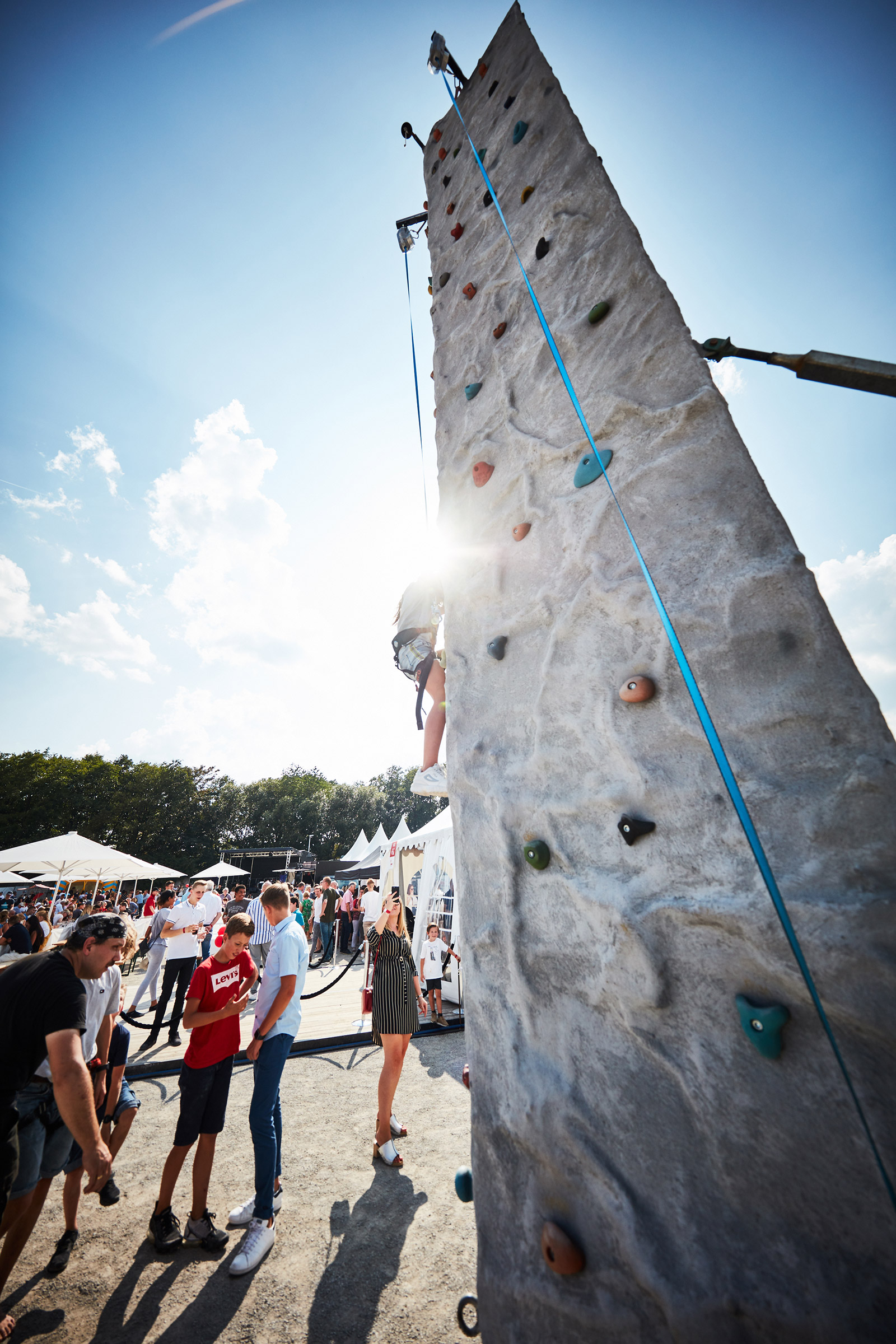